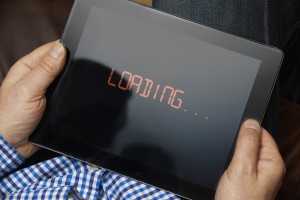 We met recently with a large local agency to discuss the idea of connected work zones and the concept of reporting work zones in real time to the digital maps we all use to get from Point A to Point B. She was excited about the idea but had concerns about delays that are sometimes experienced between the time when an incident occurs and the time when it is reported to you by your navigation app.

According to Waze, 65 million drivers regularly use their navigation service to get home as quickly and efficiently as possible. Drivers want to know about problems along their routes before they reach them and in time to take another faster route if it makes sense to do so. Richard Russell, a former sales engineer with Google, said five years ago that, “we actually want negative latency, and will perceive anything less as latency.”

That was about the time that Google purchased Waze. Waze works because users report problems in real time thus helping to reduce latency. HERE has found another way to reduce latency. They look at in-vehicle sensors such as hard braking sensors to identify and locate traffic issues the moment they begin. HERE also plans to begin including user reports to get as close to real-time reporting as possible.

Today, work zones are the single largest cause of non-recurring congestion. So, if we could report work zones in real time (see Work Zone Reporting to Autonomous Vehicles – posted 9/25/18) it will make these services even more valuable. Imagine arrow boards equipped with a device to report location and display status every time it is turned on or off!

Yet how will these services process an unimaginable amount of data including location, date & time, type of incident, and some form of verification and get it to the user without at least some delay? That is a problem only Waze or HERE can answer. We can tell you they are working on it.

In the meantime, some small amount of latency (a few seconds to as much as a minute) is going to exist. But the service is still valuable. In today’s worst-case scenario Driver A leaves home and asks for the fastest route to work. The app recommends the best one based on conditions at that time. Perhaps moments earlier an arrow board was turned on when a contractor closed a lane along that route for maintenance work. A short time later the app reports that roadwork and reroutes Driver A along a now preferable route. The app still saves him time, just not quite as much time as it might have with instant knowledge of all work zones.

Zero latency is the goal. But let’s not allow the perfect to be the enemy of good.