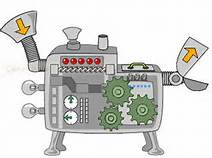 Last July we talked about the phenomenon of Poke’mon Go and augmented reality and considered ways in which that new technology might be applied to work zones. Today let’s consider another new technology. This one is not really new but is enjoying renewed interest thanks to Big Data and an abundance of inexpensive computing power. Using machine learning we can now process our data in ways we could not before.

In its simplest form, machine learning is an algorithm or model that goes through data looking for patterns. Then using those patterns it can make predictions for another, similar set of data. Machine learning works well with different types of data. So, for example, it could crunch through traffic speed data and compare it to social media sites focused on local traffic problems. In this way it can find trends or commonalities that don’t come through in conventional data analysis.

Machine learning is a faster and more accurate way of adapting to human factors issues related to work zones. We set up a system before the project starts and configure it for conditions at that time. But conditions change in work zones. So what worked early may not work as well later. Now don’t misunderstand. The system still works. It still warns of queuing ahead. But if the timing of the messages varied depending on changing conditions throughout the day, coming on sooner, or turning off faster, it could improve driver compliance. And the only way to learn that is through machine learning.

Now there is one problem with machine learning, and it is a big problem. It acts as a black box taking in data and spitting out recommendations. But the process is not something you can review after the fact to understand what influenced the outcome. So agencies could not tell their governor why they have made changes. But if you are more interested in being able to adapt to changing conditions quickly and accurately than in being able to explain it, machine learning is the tool for you.

Is this complicated? Absolutely. But tools are already available to make it easy to get started, to choose the best algorithm, and to scale up and down in size as the situation demands. And Iowa DOT has already doing it at their Center for Transportation Research and Education.

Until now we could only design a system for a project to get the best overall performance. Now we can save even more lives through machine learning. Once our systems begin to learn from their own data, they will perform even better than they are today.

One thought on “Machine Learning and Work Zones”